NIDA congratulates class of 2019 in a virtual graduation ceremony

The Hon Paul Fletcher MP and Director Baz Luhrmann congratulated the NIDA class of 2019 in a virtual graduation ceremony on Sunday 28 June 2020, as NIDA officially launched the careers of 163 creative artists.

NIDA CEO Liz Hughes welcomed the graduating students and guest speakers, the Hon Paul Fletcher MP, Minister For Communications, Cyber Safety and The Arts, NIDA Alumnus Baz Luhrmann and graduating student Justice Jones on behalf of the NIDA Board of Directors, the Academic Board and staff. 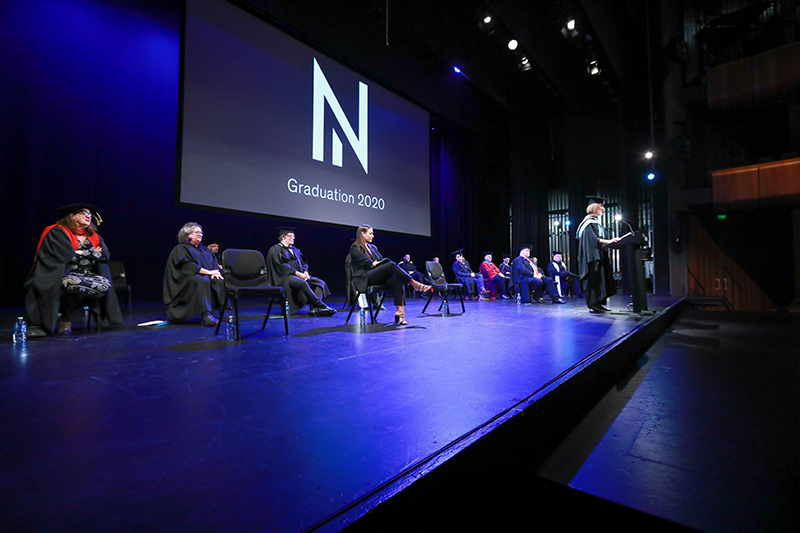 ‘This is our first-ever virtual ceremony and it is an important marker of the hard work and commitment you have shown over your time at NIDA,’ said Liz Hughes. ‘Today is the first of two celebrations, the second will be held when we can all gather again and we look forward to welcoming you to celebrate at NIDA then.’ 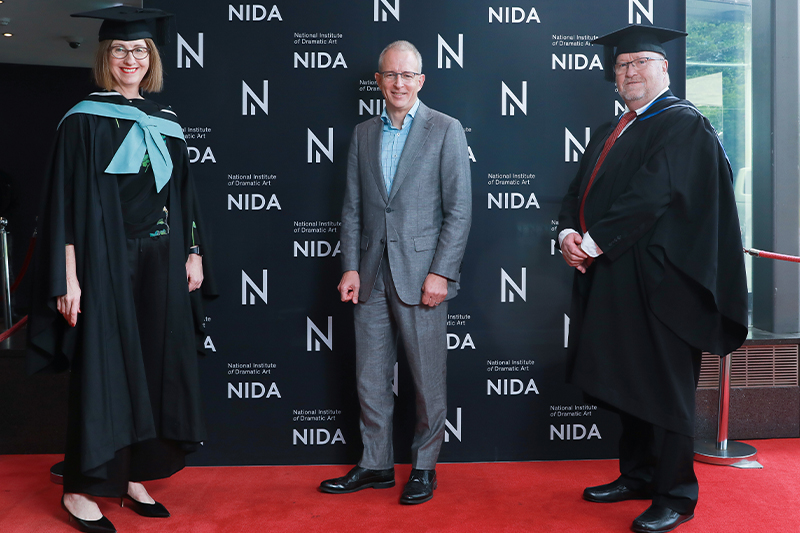 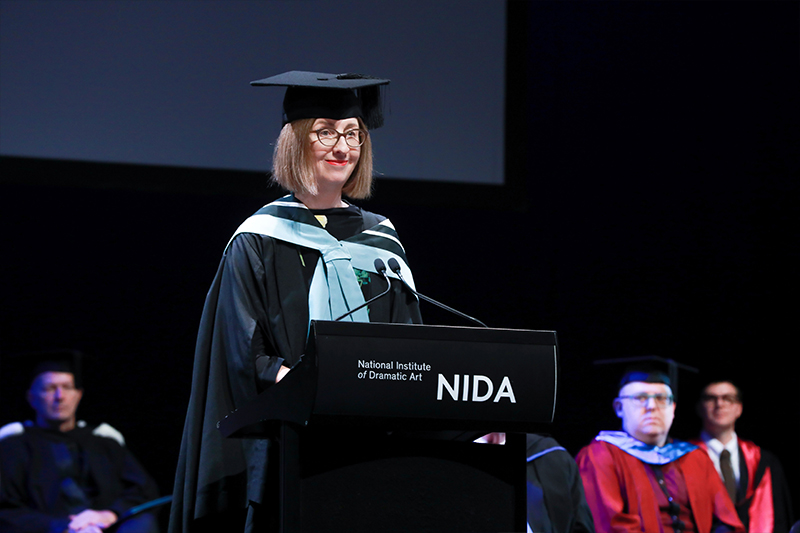 The Hon Paul Fletcher MP warmly congratulated all the graduands and acknowledged that in the last 60 years, NIDA had built a formidable reputation, not just in Australia but globally, and that the graduates would go on to have fulfilling and high impact careers while making a contribution to the greater good. 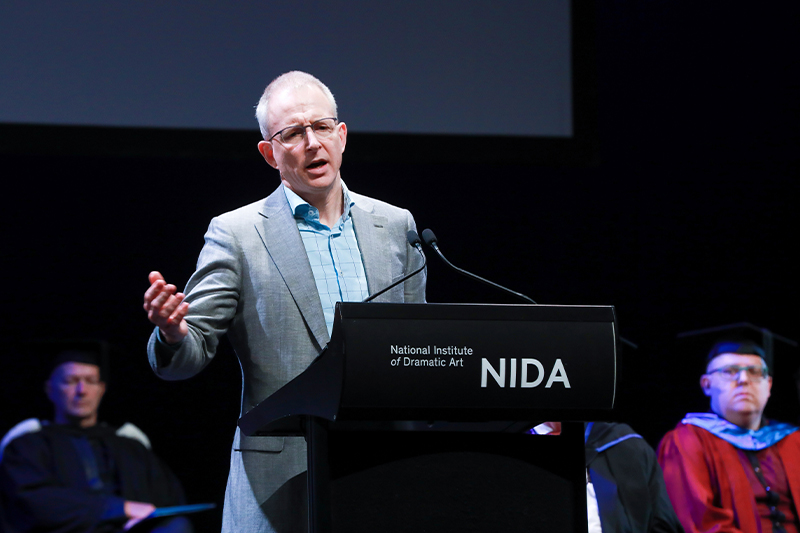 Creative leader Baz Luhrmann (Acting, 1985) delivered an inspirational and thought-provoking Occasional Address: ‘The tectonic plates of history are smashing together at this moment. Everything that was, isn’t necessarily so. And what it’s going to be, we don’t really know. But there is one thing that is universal, and that is [your] craft. Whether you are an actor or writer or a tech or designer, the craft of storytelling is not going to change.’ 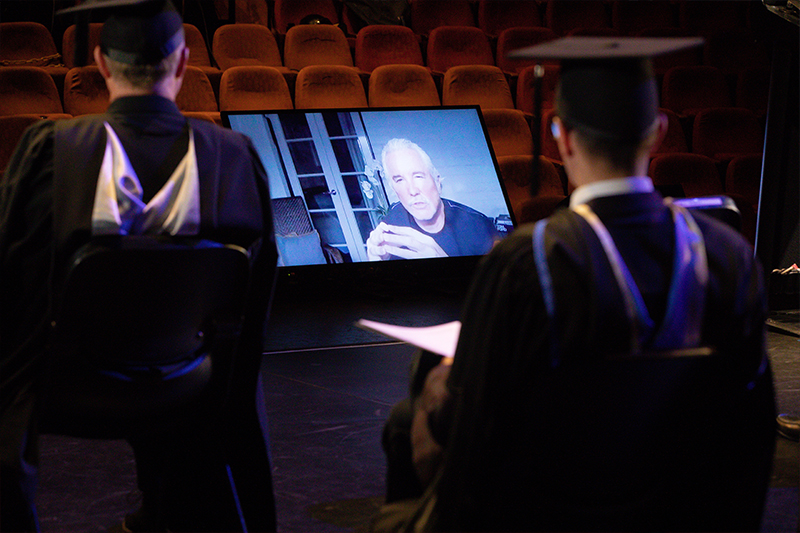 Graduating MFA Directing student Justice Jones delivered the Graduate Response: ‘What we do is so important. Art is so important. And the indispensability of our industry has never proved more true than today.’ 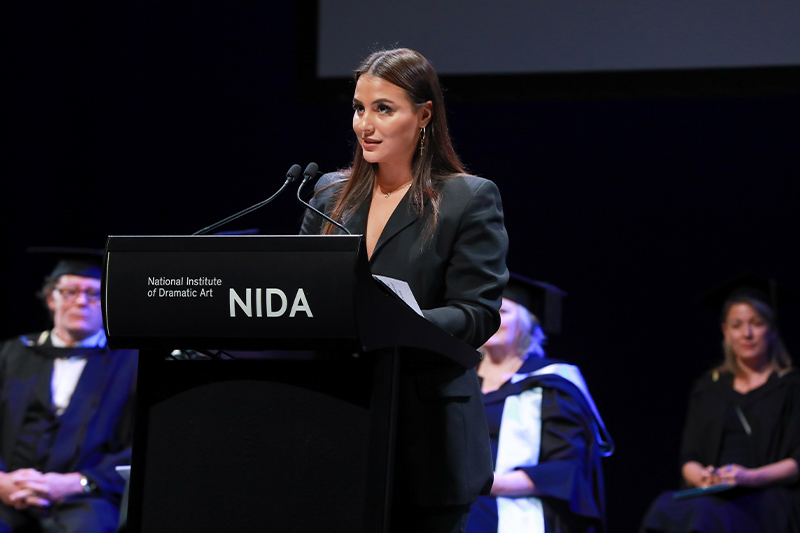 Encouraging her fellow students, Justice Jones continued: ‘The world looks to us to see what we are representing, what stories we are telling and what voices we are amplifying – we have chosen a career that gives us public influence and as the next generation of theatre-makers, we can’t shy away from this responsibility. Instead, we must proudly own it, be at the forefront of change and make it our duty to respond to the times and craft a world of justice and substance for future generations.’

The ceremony included the presentation of The Lynne Williams AM Award for Outstanding Achievement in Cultural Leadership by Course Leader Karilyn Brown. The award was presented to graduating MFA student Craig Rogers, who Karilyn Brown said: ‘has made enormous progress demonstrating impressive leadership qualities and the capacity to shape his learnings into action. With a strong commitment and passion for the arts, social justice and community health, he strives to ensure that art is a mechanism for building social cohesion and a vehicle for social justice.’ 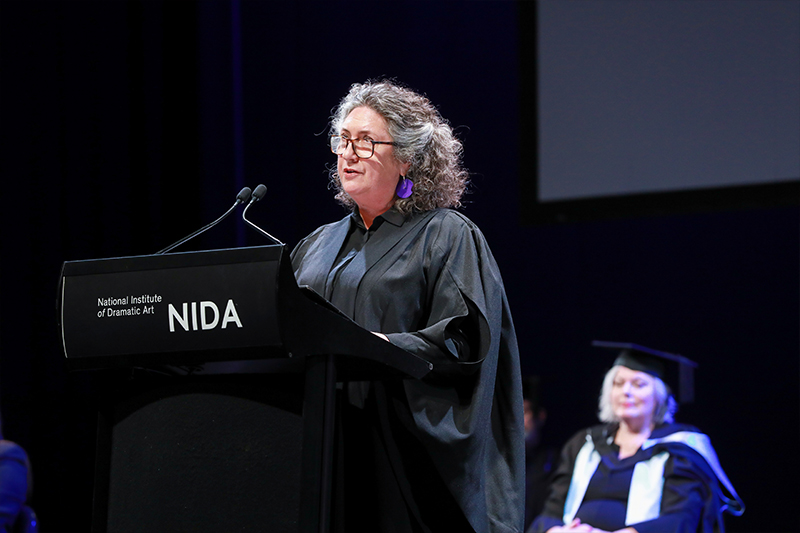 The class of 2019 were conferred their degrees by NIDA Chairman Noel Staunton. NIDA’s Director of Centre for Creative Practices, David Berthold, presented The Leslie Walford AM Award, administered through the Seaborn Broughton and Walford Foundation. The award was presented to BFA Acting graduand Melissa Kahraman who will use the funds to develop a feature film about a first-generation Turkish-Australian woman as she takes ownership of her life through exploring her role in her family, questioning her faith, and her obligation to her Islamic community.

The 2020 Diploma of Musical Theatre students then presented a specially written song for the occasion having rehearsed and recorded their parts remotely.

The ceremony finished with concluding remarks by CEO Liz Hughes. ‘I passionately believe in the power of creativity and storytelling to change the world. Stories in all their guises, allow us to inhabit different worlds and empathise with the perspectives of others. The stories we tell are the vessels through which we relate to each other, to understanding of self, and to the world around us. Stories can enable new possibilities, repair divides, create social cohesion, and positively shape the world around us thereby bringing us together.’ 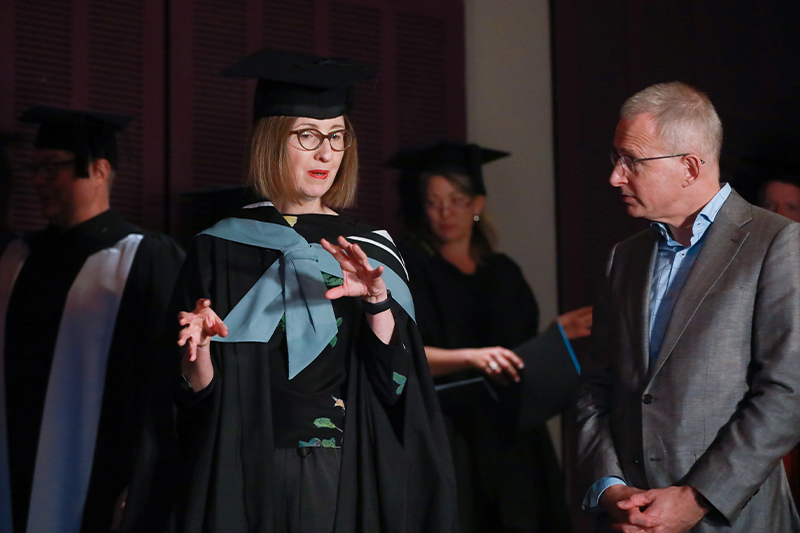 Congratulations to the Class of 2019

At an early age Josephine fell in love with musical theatre. Not destined for a life on the stage she quickly discovered a passion for stage management and technical production.