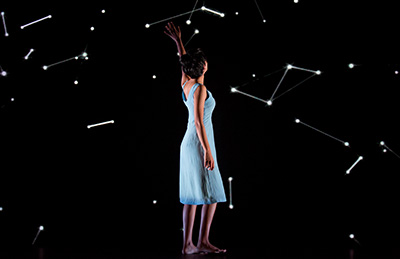 NIDA has been ranked in the top 10 of The Hollywood Reporter’s world’s best drama schools. The Reporter’s international ranking of acting schools places NIDA in the top echelons, along with London’s Royal Academy of Dramatic Art and New York’s Juilliard School.

The Hollywood Reporter canvassed alumni, instructors and top theatre and Hollywood pros to arrive at its list of the top 10. The stringent ranking took into account management and staff, guest mentors and visiting artists, recent graduates notable film, TV and theatre credits, and buildings and facilities.

‘The vision for the school remains the same, with rigorous artistic practice at the heart of the ‘conservatoire’ system’ said NIDA Director/CEO Kate Cherry, speaking at the recent Graduation Ceremony for the class of 2017.

For The Hollywood Reporter, NIDA was proud to list its recent achievements. These include appointing an accomplished and active theatre director and arts leader as Director/CEO in Kate Cherry, who brings renewed artistry and industry networks to NIDA. Director of Acting, John Bashford, is the former Head of Acting and Vice Principal at London Academy of Music and Dramatic Art (LAMDA). Iconic Australian actor Sigrid Thornton and NIDA alumnus and Sydney Theatre Company Artistic Director, Kip Williams have recently been appointed to NIDA’s Board of Directors to help shape the future of the institute. And this year Gavin Robins, NIDA Head of Movement, is working on King Kong onBroadway.

In 2017, award-winning actress and director Judy Davis directed a student production of Love and Money. One of the most recognised names in the field of voice training for actors, Kristin Linklater, was engaged to work with our Acting students and in March 2018, the award-winning actor and producer Margot Robbie, Australian filmmaker George Miller and Australian composer and performer Tim Minchin spoke to students about their careers and industry experience.

Our graduates have also appeared in leading theatre productions including The Book of Mormon, Muriel’s Wedding The Musical, Alice in Wonderland, Diving for Pearls, Three Sisters, Miracle City, Jasper Jones, The Wind in the Willowsand Chimerica.

The world-class facilities were also a feature of the Reporter ranking, where in addition to its six dedicated performance venues, NIDA has continued to make improvements including a $14 million graduate school housing purpose-built Directing, Design and Writing studios. The award-winning NIDA campus is equipped with state-of-the-art facilities, including large-format digital screen technologies, and the Rodney Seaborn Library – one of Australia’s leading performing arts-based libraries with over 30,000 drama and theatre-related books and play scripts.

Register to come to the NIDA Open Day on June 16 here.

Brianna is a Production Designer with a background in fine furniture designing/making.