Designing across centuries for Orlando 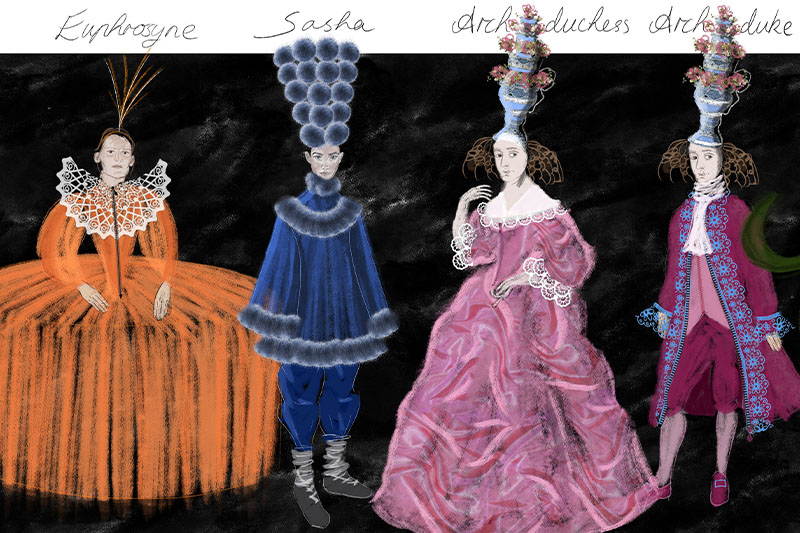 Monique Langford is passionate about costume design. She’s deep into creating pieces across five centuries for the upcoming October Student Production Season of Orlando, based on the novel by Virginia Woolf, written by Sarah Ruhl and directed by Kate Gaul. We caught up with her in the Design Studio at NIDA.

How did you discover design as a career pathway?

The arts and theatre is something I have been involved in even since I was young. My nana is a ballet teacher, my mum is a music teacher and my family members are also artists.

When I was young, my mum refused to sew my dance costumes so I was stuck with a bag of material and some instructions and had to make something up! That really gave me a sense of creativity was about, of doing the best with what I had. I would be unpicking my mum’s old clothes and taking out the zip and making it into something else, things like that.

After school, I completed a Bachelor of Arts at Melbourne University majoring in International Politics and Creative Writing for stage and screen. While I was there, I connected into community and student theatre and loved designing costumes for their productions. I felt a real sense of achievement on opening night, when the curtains opened. There is something in your heart that wells up when you know you helped to create this beautiful image on stage.

I realised that what I was doing in my spare time was saying more about me than the actual degree I was studying. When you are doing something and you forget that time exists, that is where your passion starts.

Why did you choose to study design at NIDA?

My first exposure to NIDA was through a friend studying a BFA in Acting who was appearing in the student production of Waiting for Godot in 2018. I flew up from Melbourne to see him. When I saw the production design I immediately thought wow!

This was the first time that I realised I could actually study design! I never thought about taking that next step.

The vibe when the show was finished was also great – NIDA seemed like a strong community to be a part of. You become part of a networking circle of people who are interested in the same things as you are – and they also become your colleagues if you do the course. When you study costume design, you develop strong collaborative partnerships with costume supervisors and other designers.

What are you creating for the upcoming production of Orlando? 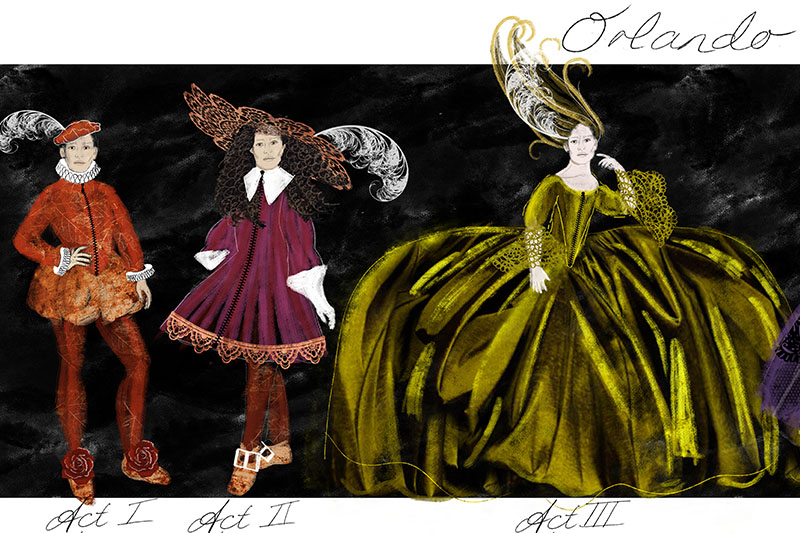 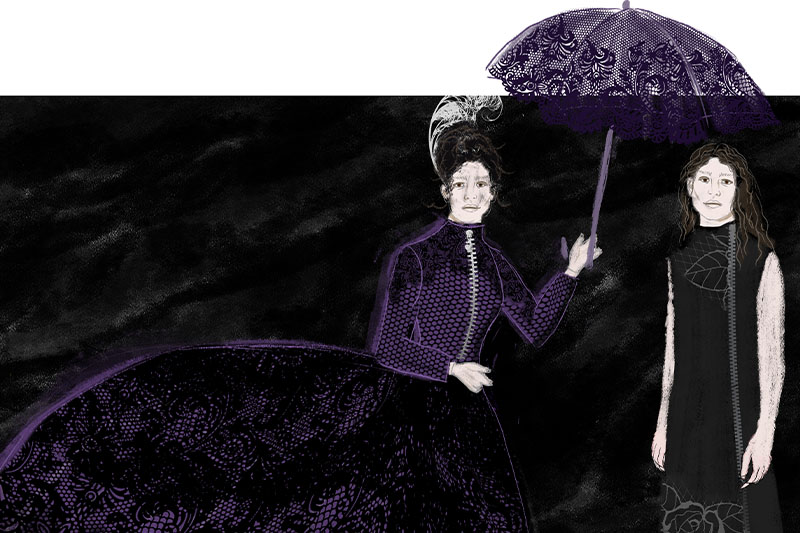 Orlando is the perfect show for me. I am a big Virginia Woolf fan. She is an incredible feminist literary writer and I feel very honoured to work on the show – it feels like a massive responsibility actually!

For Orlando, the character travels through time, so I have had to research and design for five different centuries - which is a costume designer’s dream and also a nightmare!

We are drawing on historical periods but we are not recreating exact pieces. We began with the silhouettes of each era, so I spent a lot of time researching what is iconic for each time period. For example we start in the Elizabethan era, which is defined by big drum skirts and neck collars, then for the eighteenth century it’s the frilly sleeves, the wide paneer dress and the big hair. I took those shapes and exaggerated them.

I also researched what palette of colours were popular during those times and then amped that up. The results are at times quirky and playful – there is a man with a vase on his head!

Overall the entire experience has been challenging but also so incredibly rewarding. I can’t wait to see it on the stage.