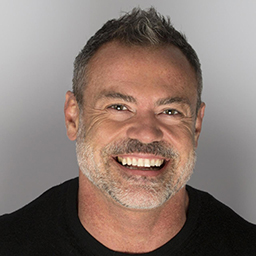 For his costume design on the feature film The Adventures of Priscilla, Queen of the Desert Tim won the 1995 Academy Award (Oscar), a British Academy of Film and Television Award (BAFTA) and an Australian Film Institute (AFI) Award.

Tim relocated to Los Angeles, expanding his design scope to include  television, commercials, music videos for Missy Elliott, Cher and Matchbox 20 and more feature films including Miss Congeniality and Mighty Morphin Power Rangers amongst others.

Priscilla went on to become an internationally successful stage show. Tim’s costumes for the theatrical version garnered a slew of accolades including Australia’s 2006 Helpmann award, the West End’s 2008 Olivier award and Broadway’s 2011 Tony Award for Best Costume Design in a Musical.

The 2006 recreation of Priscilla, The Musical not only brought Tim back to Australia but also introduced him to musical theatre and live performance design. Director Dean Bryant and Tim met on Priscilla and continue creating shows together like Opera Australia’s Two Weddings, One Bride and Sweet Charity at Hayes Theatre Company, The Production Company's The Pirates of Penzance, Melbourne Theatre Company's Vivid White and Hayes Theatre Company's Little Shop of Horrors, for which Tim won the Broadway World Award and the Sydney Theatre Award for Costume Design. Tim also designs for director Gale Edwards and Melbourne’s The Production Company including Gypsy, Guys and Dolls, West Side Story, Funny Girl and The Boy from Oz.

Tim's work on PJ Hogan’s 2012 film Mental earned him a Best Costume Design nomination for the AACTA awards. He associate designed Australian period film The Dressmaker and continues to design for TV shows like I Will Survive, Australia's Got Talent, The Masked Singer and Dancing with the Stars. 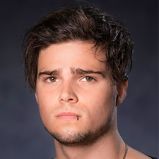 Introduced to horror from a very early age, Jasper has always had a passion for the beasts and demons that skulk within the silver screen. Particularly interested in sculptural mediums, he practised ceramic art throughout his adolescence.