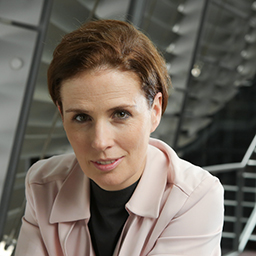 Priscilla is a director of theatre and opera, whose background in acting has informed her work in both Sydney and the UK.

For Ensemble Theatre, Priscilla will direct a new Australian play, A Broadcast Coup by Melanie Tait, in 2020. Priscilla directed Ensemble Theatre’s 2019 hit comedy, The Appleton Ladies Potato Race, also by Melanie Tait. The world premiere season sold out before opening, and the production will tour nationally in 2021. Previously for Ensemble Theatre, Priscilla directed the Boatshed’s Importance of Being Earnest (2016) and assistant directed Good People and Barefoot in the Park (2016). She was the inaugural winner of Ensemble’s Sandra Bates Directing Award (2016).

For Opera Australia Priscilla directed the NSW Schools Tour of The Barber of Seville (2020), following her Victoria production in 2019. She directed Opera Australia’s The Magic Flute (NSW Schools Tour, 2018) and a new Australian production, Da Vinci’s Apprentice for Musica Viva, which will tour nationally from 2018 – 2021. In 2017, Priscilla won the Berlin New Music Opera Award from The Opera Foundation for Young Australians, and travelled to Berlin to work at the Komische Oper under Barrie Kosky.

Priscilla was the Resident Director of Sport for Jove’s Winter Season (2017), where she co-directed The Tempest and Romeo and Juliet, and assistant directed A Midsummer Night’s Dream.

An advocate of new work, Priscilla conceived and directed Eurydike + Orpheus — a multidisciplinary work of scale, leading to the first co-production between NIDA and the National Institute of Circus Art (2017). She is working with Nam Le, adapting and directing a stage version of his award-winning book, The Boat. In 2016 Priscilla co-conceived and directed The Angelica Complex with playwright Sunny Grace for The Invisible Circus at Kings Cross Theatre — a festival of new work by Australian female artists.

In 2014/15 Priscilla was invited to work with Complicite (UK), in developing educational resources to support innovative devising processes. Priscilla represented the Southbank Centre London at the Sydney Writers Festival in 2013. She has presented at National and State Drama conferences (2013 - 2015) and written dramaturgical curriculum for the NSW Department of Education.

Priscilla is a lecturer in Creative Practices at NIDA, where she graduated with a Masters of Fine Arts, Directing (2016). She also holds a Bachelor of Theatre Arts (Acting) and Bachelor of Teaching. 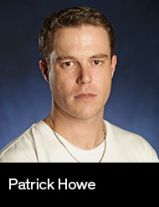 Patrick grew up in Canberra, where he completed a cabinetmaking apprenticeship and Bachelor of Arts in New Media. During this time, Patrick became an active member of the Canberra theatre scene.